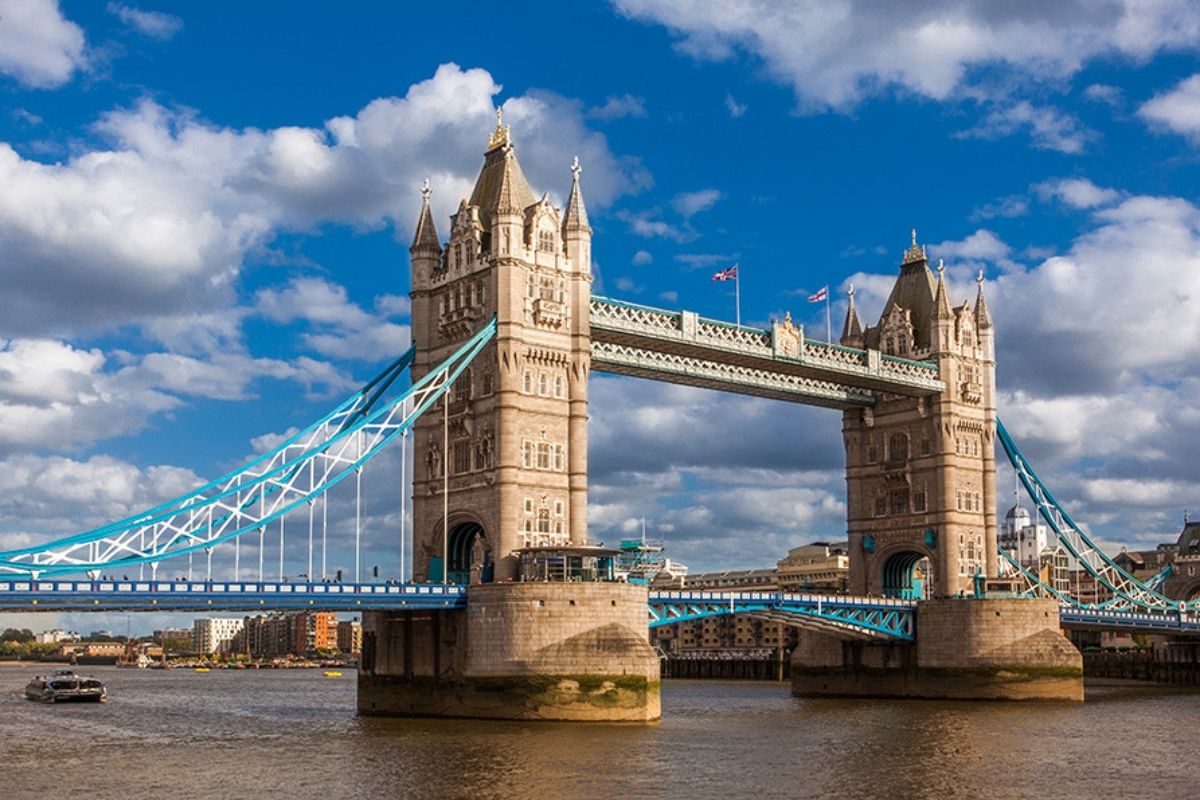 Reforms proposed within the framework of The Good Work Plan (GWP) continue to make their way into UK employment law through various pieces of secondary legislation. Many provisions came into effect 6 April 2020, and other proposals are expected to be enacted later this year as they conclude the public consultation process and final recommendations are translated into legislation.

The Good Work Plan (GWP), published by the Theresa May government at the end of 2018, is a wide-ranging set of employment law proposals put forward in response to the Independent Review of Employment Practices in the Modern Economy conducted by Matthew Taylor in 2017. Known as the Taylor Review, the report recommended 53 changes to employment practices and their regulatory enforcement, notably in the areas of employment status, agency workers, holiday pay, zero-hours contracts, consultation rights, minimum wage, and working time. Most of the recommendations were incorporated into the GWP.

The GWP reforms are intended to ensure fair and decent work conditions in a changing economy and to provide greater clarity on regulation and enforcement. The government describes the GWP as “the largest upgrade of workers’ rights in a generation,” and the Boris Johnson government has pledged to continue implementation of the plan.

Since publication of the GWP, the government has introduced the following legislation to implement some of its proposals:

The provisions discussed below came into force 6 April 2020.

Previously, only employees—not workers—were entitled to receive a written statement (referred to as a “section 1 statement”) containing specific information about their employment terms and conditions from the start of employment. This information is often included in the employment contract. Under the new rules, the right to a day-one written statement of rights extends to both employees and workers. The details of the statement required for all individuals employed from 6 April 2020, are broader than those previously required and should include the following additional information regarding the employment relationship:

The rules allow for certain information to be provided in a separate document, provided the separate document is referenced in the principle statement and is reasonably accessible to the individual. Separately referenced information can address absence due to incapacity, sick pay, other paid leave, notice periods, details on employer provided training, and disciplinary and grievance procedures. There is also an exception to the day-one requirement for details related to pensions, collective agreements and training entitlements, which must be provided no later than two months after the start of employment. Individuals employed prior to 6 April 2020, have the right to request a section 1 statement, which the employer must provide within one month of the request.

The right to a detailed pay slip on or before the date of payment now extends to casual and zero-hours workers. The right was extended to all other workers on 6 April 2019, under the Employment Rights Act 1996 (Itemized Pay Statement) (Amendment) (No. 2) Order 2018.

Where a worker (including zero-hours and seasonal workers) has been employed by their employer for at least 52 weeks, the reference period used to calculate holiday pay has been extended from 12 weeks to 52 weeks. Where the worker has been employed by the employer for less than 52 weeks, the reference period is the full period of employment. Employers will now be required to look back up to 104 weeks to achieve 52 weeks of pay data. Weeks in which no pay was received will not be counted towards the 52-week average. This is an important development for workers whose employment is seasonal, atypical or involves variable hours.

Provisions of the Agency Workers Regulations 2010, known as the Swedish derogation, have been revoked. The derogation had previously allowed agency workers to be employed at pay rates lower than their permanent counterparts if they opted to be paid by their agency at a minimum guaranteed level between contracts. Temporary work agencies are required to inform agency workers who were treated under the derogation that they have the right to equality of treatment from 6 April 2020, subject to completing a 12-week qualifying period with the hirer.

The maximum fine that an Employment Tribunal can apply in the case of an employer found to have breached workers’ rights with one or more aggravating features has quadrupled from GBP 5,000 to GBP 20,000. In determining whether the breach involved aggravating features, the Employment Tribunal will consider among other things whether the employer’s actions were deliberate, committed with malice or repeated, and whether the employer has a dedicated human resources team.

The threshold required for employees to request formal information and consultation arrangements has been lowered from 10% to 2% of employees. A 15-employee minimum threshold and a workplace size of at least 50 employees is still necessary to initiate proceedings.

Many reforms proposed in the Good Work Plan are still moving through the public consultation process, but we are beginning to see government responses and indications of forthcoming legislation. The Department for Business, Energy & Industrial Strategy (BEIS) has indicated that the following measures will be incorporated into the Employment Bill 2020:

In the March 2020 budget announcement, the government confirmed its intention to introduce 12 weeks’ paid leave for parents whose newborn children are in neonatal care to avoid their having to choose between returning to work and taking care of their newborn. The following statutory neonatal leave and pay provisions are expected to be incorporated into the upcoming Employment Bill 2020. The new leave will be:

The government intends to extend existing protections from discrimination and redundancy that apply to women during pregnancy and maternity leave to a period of six months after they return to work. The same rules will apply for those taking adoption leave. Suitable terms are being developed for shared parental leave to similarly protect new mothers from discrimination.

Public consultation on parental leave and pay reform closed at the end of last year, but the government has not yet issued its recommendations. The consultation gathered views on options for changing different variables, such as duration and rate of pay, within the various parental leave and pay programs, and the trade-offs and choices involved. Leave reform aims to increase female participation in the labor market, increase flexibility, increase paternal involvement in childcare, close employment and gender pay gaps, prevent discrimination, and reduce the burden on businesses.

The government supports the creation of a new single enforcement body for employment rights to address non-compliance in the labor market. The new body would consolidate the multiple bodies that currently address holiday pay, vulnerable workers and umbrella companies in the agency worker sector. Consultation concluded late last year but the government has not yet published its response.

The new Employment Bill will prohibit employer deductions from tips and gratuities and require all tips and gratuities be passed directly to workers. The government also plans to issue a new Statutory Code of Practice to ensure consistent and transparent practices.

Consultation concluded in late 2019 on the GWP proposal to give employees and workers with variable hours and shift patterns, including agency and zero-hours workers, the right to formally request a contract with more predictable and stable working hours after 26 weeks of work with the same employer. Such requests might include a guaranteed minimum number of hours and certainty as to the days on which they will be asked to work. An employer would have three months to decide on any such request. The current government has indicated its support for giving workers the right to more predictable work schedules, including the right to reasonable notice of changes and compensation for shift cancellations.

The GWP proposes to extend the break in continuous service for the purpose of qualifying for certain employment rights from one week to four weeks, which may affect an individual’s right to statutory leave and pay and protection from unfair dismissal.

The GWP identifies the need to clarify employment status and proposes changing the category of “worker” to “dependent contractor.” No legislation has been put forward on this to date, but HMRC published a revised online test for assessing employment status for tax purposes only (see Resources below).

Employers using agency workers who have opted for Swedish derogation contracts will need to ensure they have transitioned to standard contracts or consider taking them on has direct hires. The change will likely increase the cost of using agency workers in industries where the derogation has resulted in a significant difference in compensation between temporary and permanent workers.

Employers have people who work intermittently will need to adjust their holiday pay calculation approach to accommodate a 52-week reference period over the preceding 104-week period.

Employers would be wise to prepare for the additional Good Work Plan legislation that is on the horizon and consider sharing their views through the public consultation process. Changes being considered will require HR policy changes and increase public visibility into internal policies and procedures.

This guidance explains how to calculate statutory holiday pay for workers without fixed hours or fixed rates of pay. It is for use by workers or employers.

Use this service to find out if you, or a worker on a specific engagement, should be classed as employed or self-employed for tax purposes.